LEARN MORE ABOUT ME

I was born in the inner city of Houston, Texas, and raised by my mother in a single-parent household. As the oldest of four children, I had to take up the role of caregiver for my three younger siblings while my mother worked full-time. As the sole breadwinner of our household, she always put food on the table and taught us never to give up regardless of our circumstances. I joined the workforce to support my family and myself at a very young age. As a person with mild dyslexia, it only added more challenges and stresses to get through high school and work a full schedule simultaneously.

However, I was determined to provide for my family and graduate on time. By the Grace of God, I made it to the finish line. I graduated! Navigating life after high school presented other difficulties in the workforce. It was then that I decided that I needed to pursue higher education. I did not know how I would pay for classes, but I enrolled in community college and found ways through programs to pay for my tuition. During that time, I began exploring trade classes with certifications, such as computer programs, that would help step me up for success in the workforce, and eventually, it paid off. The skills I acquired through certifications opened many doors to jobs that paid more. It also gave me the financial freedom and the means to provide for myself and my family. 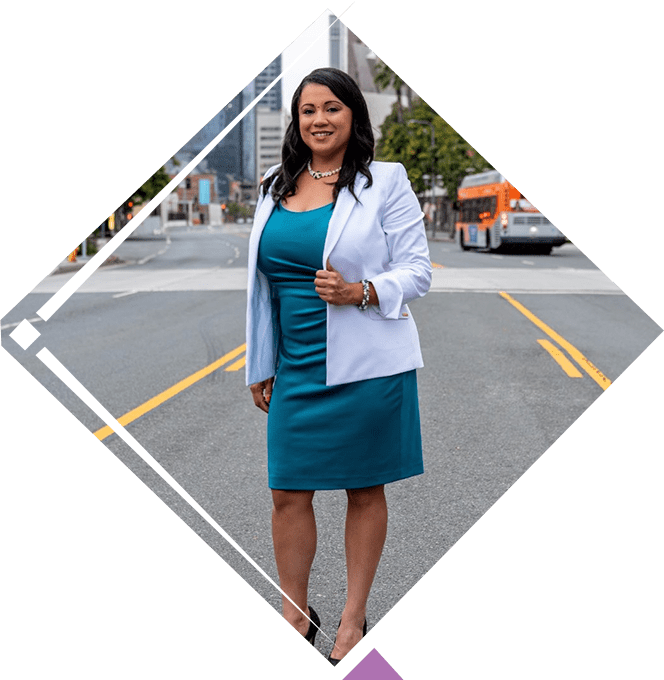 Our Campaign Relies on Generous Donations from People Like You. 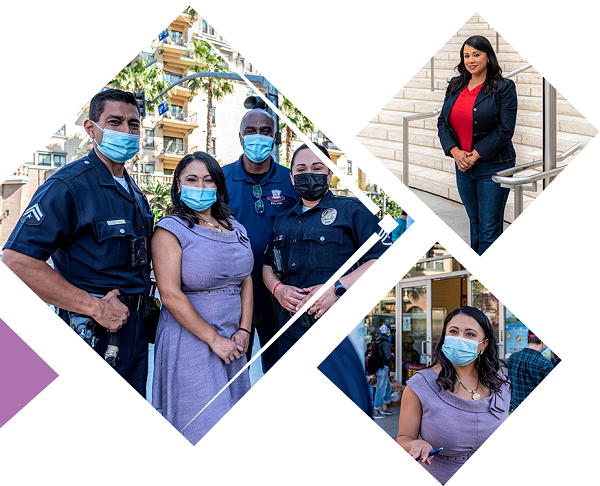 Watching from the sidelines is something that I have never been comfortable with doing. My faith has grown me and prepared me to serve the needs of others in all circumstances, particularly throughout all areas of the City of Los Angeles.

I am actively serving as a volunteer Board member in my community Neighborhood Council – Westlake North (WNNC). I have served as Treasurer, managing the NC’s funds and working alongside non-profits throughout the community to help fund their organizations in community projects and outreach. I am currently the WNNC President working closely to harvest relationships within the community and outside our boundaries with board members, non-profits, and community partners to serve the constituents with resources and tools to make our community safer and prosperous.

I signed up immediately as a California Medical Assistance Team volunteer to assist during the beginning of the pandemic as an EMT student on the ambulance to help with COVID-19 patients. I was not brought on as a volunteer but hired as a Senior Emergency Services Coordinator and moved up quickly as a Logistics Chief, and served throughout the pandemic on civilian deployments at medical, vaccine, and fire sites. My desire to help those in need does not have any limitations.

Telling Stories and teaching others how to create them from a creator, writer, director, producer, editor, and actresses standpoint that lead people to make life changes and reach the hearts of audiences in life-transforming decisions has been my passion:

Best Theatrical Short 2011: I Delivered You

Excellence in Film & Dedication to Life 2011: I Delivered You

In community college, I began pursuing art and entertainment classes that equipped me with tools to be creative, and it also strengthened my reading and writing skills. It boosted my confidence and motivated me to help others by providing resources to pursue higher education and trade certification. Even though I had not completed my education in college, the skills that I picked up eventually offered a pathway for me to work in California. It also placed big dreams in my heart and a vision to pursue the entertainment industry.

Determined to continue my education and pursue my entertainment dreams, I moved to California in 2003. Hollywood, CA, was on my radar. Although I didn’t know it at the time, I ended up in the next best place, Northridge, CA., because it was in the city next door; that I found a church community, and I would later make it my home church. During that time, my education had to take a back seat due to the year waiting period to become a California resident to qualify for resident tuition rates. In addition, I couldn’t afford the price of living, much less paying for school because everything was much more expensive, including taxes in California. Navigating and finding creative ways to pay rent and eat in a more expensive city was the path that changed my life forever. I give all credit to God for giving me the desire to keep going when I didn’t think I could keep pushing. At my church, I found hope to get through the hard times. I also discovered what it meant to serve others and give back to people throughout Los Angeles.

The journey became bigger than Hollywood. The dream grew broader than making movies. When my faith changed, so did my life. The desire to give my talents and time to others amplified more than I ever imagined. The opportunity presented itself at a local Pregnancy Center in Granada Hills, where I could go through training and become a volunteer and help women going through crisis pregnancies. That platform led me to speak at fundraising events and churches to help raise money for centers to help women and children in need of services from clothing, food, and housing. From that point on, serving others became a priority in my life. I witnessed the impact of how selfless acts elevated people and experienced that same form of compassion when others would do it for me.

After spending time exploring and living in different parts of Los Angeles, I saw the uniqueness of each community. However, when tragedy strikes people, regardless of how different our surroundings might be, we all need compassion and empathy in the same manner. I found myself on the streets helping people that required medical attention while the trained personnel arrived. The service-minded person in me started thinking about how I could be a better resource for people in their time of need. I ended up finding a program through the Mayor’s office known as the Mayor’s Crisis Response Team (CRT). I went through the six-week Academy training and started volunteering immediately after graduating. As a CRT volunteer for the past seven years, I have been able to respond to 911 incidents throughout all areas of Los Angeles at all hours to assist public safety personnel by giving resources and support to survivors of critical incidents and many that involve death. Being a part of this program allowed me to continue providing help to people throughout the Los Angeles communities in their darkest hours; it also amplified my need to do more for communities and people in need.

I decided to invest all of my efforts and energy to become a Firefighter for the Los Angeles City Fire Department (LAFD). The famous saying in the process of joining the fire service is “go with whoever gives you the job.” Although that is true, I couldn’t see myself serving in any other city than the one dear to my heart, “Los Angeles.” The journey has been painful, challenging, and excruciating for the past six years. There have been successes, failures, setups, and setbacks along the way, but when I finally made it to pre-back grounds with LAFD, after several testing, training, financial and time investments, and interviewing attempts, I had to change direction. In 2020 – present, things have changed. All of the hard work I put into making myself ready and marketable to become a First Responder for LAFD shifted. I had to decide whether to continue going after a career that helps people during a crisis or step out of my comfort zone and advocate for the First Responders going through the current job loss crisis.

Today First Responders throughout Los Angeles are losing their livelihoods and careers due to unconstitutional mandates. I can attest that the work to become a First Responder (fire, police, medical) is not as simple as filling out an application and earning a badge, degree, or certification, nor would the public want it to be an easy task. These jobs take discipline, dedication, a large amount of preparation, and sacrifice. My incumbent for CD1 not only voted for the city-wide vaccine mandates, but he spearheaded the motion that would replace unvaccinated First Responders. I’m running for office because I’m determined to fight for those dismissed, displaced, and replaced by local City Officials and help protect and preserve the people’s constitutional rights in the city of Los Angeles.

I am a current volunteer board member on the Westlake North Neighborhood Council (WNNC) in District 1. I began as a sitting board member in 2019, but within a few months, I moved into the role of Treasurer. I advanced my knowledge in managing, spending, and budgeting my Neighborhood Councils funds with the Los Angeles City Clerk’s budget. My responsibility was to manage our NC’s funds and stay on track with our spending efforts and operations costs. I was diligent in ensuring that we stayed on a healthy conservative budget to support all of the community nonprofits in need of financial resources for their community efforts and projects. As the Treasurer, I made it a priority to make sure that every single last dollar was spent and put right back into the community. Last year (2020), I was nominated, and I accepted the role of President for the WNNC. In this role, my vision has been to work as a team and build relationships throughout District 1 and bridge the gaps between nonprofits, public service agencies, public service officials, government agencies, and the community. We need to strengthen our resources to help people in immediate need.

Enter your email below to receive all of the information that you need to stay up to date with Elaine and how you can get involved and support the Rooted in Community. Ready to Serve campaign!